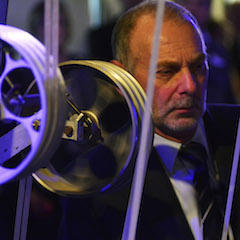 How Bletchley Park were able to Crack Hitler’s secret messages and the creation of the first electronic computer.

Phil studied electronics at Brighton in the early 70’s, then worked at several large electronics companies and organisations until he moved into data communications in the early 90’s. He finished his working career as a Network Security Architect for one of the major clearing banks in the city.

As a volunteer, Phil joined the Colossus Rebuild Project in 2000, and then in 2011, he was approached by the National Museum of Computing to take on the full-time roll of Chief Colossus Engineer.