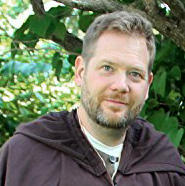 In this talk we will look at how the Erlang virtual machine works and how it enables Erlang to achieve scalable, highly available and robust servers.

This talk will give an overview of the components in the Erlang runtime system.

Erik Happi Stenman has been programming for fun since 1980, and for profit since 1989 when he started his first company. He received his Master of Science in Computer Science in 1996 from Uppsala University. Erik was one of the driving forces behind the High Performance Erlang project (HiPE) from the start in 1996 until he successfully defended his Ph.D dissertation against opponent Simon Peyton-Jones. During his post-doc as a project manager in Martin Odersky’s Scala group he helped bringing the project to a successful release of Scala 1.0. Before joining Klarna he worked at Virtutech with low-level optimizations of Virtutech Simics.

As Head of Development, CTO and Chief Scientist at Klarna, Erik was responsible for the development and operation of Klarna Online, a system providing creative payment solutions to Internet shops. He also built up the engineering department at Klarna from the start.

Today, Happi is working as CEO and a consultant for HappiHacking.

In his limited spare time, Erik is writing a book about the Erlang Runtime system and programming board games and a board game engine for HappiStudios.