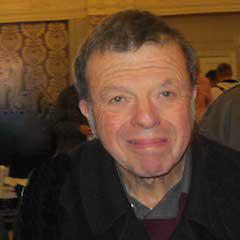 At Codemesh 2017 David will talk about some of the history of functional programming languages and how it reflects what are still live issues of language design today.

David Turner is best known as the inventor of combinator graph reduction and for designing and implementing a series of purely functional programming languages – SASL (1972), KRC (1981) and the commercially supported Miranda (1985) - that had a strong influence on the development of the field and on the emergence of Haskell.

He invented or coinvented many of the ideas which are now standard in functional programming, including pattern matching with guards, list comprehensions and the "list of successes" method for eliminating backtracking.