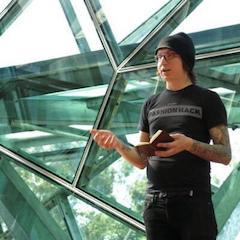 A Deep Dive into Ruby Through Rust

A Deep Dive into Ruby Through Rust

Have you ever wondered how your programming language works under the hood? As someone who's loved Ruby for years, I never gave it much thought. Then I got involved in Rust. Rust is much more low-level, and learning about how it works has also taught me a lot about how Ruby works.

In this talk, we'll take some Rust, and use it to show off the internals of another programming language, Ruby. We'll learn a bit more about both languages in the process.

Steve is a Rust Core team member. He’s the author of The Rust Programming Language, Rails 4 in Action, and Designing Hypermedia APIs.