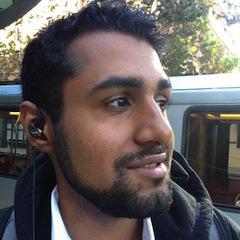 Checmate: Lying, Cheating, and Winning with Containers in Networking

Checmate: Lying, Cheating, and Winning with Containers in Networking

Containers have become ubiquitous in modern infrastructure. Containers have become the de facto mechanism of deploying and operating production software in recent years. Containerizaton technology has resulted in a a fundamental paradigm shift in multitenant computing. Unfortunately, networking in containers never caught up with this modern mechanism. As opposed to manipulating the tenant's perspective of the system using the OS containers, are still using virtualization techniques. In this talk, we present Checmate, a system that is resident to the Linux kernel, that implements microsegmentation and load balancing of containers with nearly undetectable overhead. This system is powered by a control plane in Erlang, with a custom compiler to ease the creation of new Checmate rules. These components work together to provide a modern approach to container networking.

Sargun Dhillon has a background in operations, and distributed systems, specifically in the area of infrastructure. He's has years of experience building large and small datacenter orchestration software used internally and externally. He has built much of Mesosphere's container SDN stack in Erlang and C. Previous to this, he's worked at companies such as Basho, Microsoft, and Yammer. Given this background, he spends much of his time thinking about how to make massively distributed, scalable systems friendlier to run.