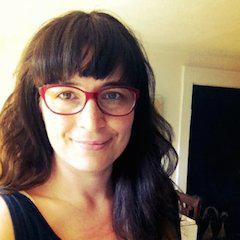 A History of F#: From Euclid to Type Providers

Rachel Reese
Senior Software Engineer at Jet.com, one of the founding @lambdaladies

A History of F#: From Euclid to Type Providers

Have you ever wondered where your favorite feature came from? Was it influenced by a feature in another language? How are the different programming languages even related? I spent a couple months researching the history of some programming languages, and wanted to share that with you. In this talk, I cover the history of the ML family from approximately the dawn of time, eventually focusing on F# specifically.

Rachel Reese is a long-time software engineer and math geek who can often be found talking to random strangers about the joys of functional programming and F#. She currently works for Jet.com in NYC. She has helped run the Nashville F# User group, @NashFSharp, and the Burlington, VT functional programming user group, @VTFun. She's also an ASPInsider, an F# MVP, a Xamarin MVP, a community enthusiast, one of the founding @lambdaladies, and a Rachii. You can find her on twitter, @rachelreese, or on her blog: rachelree.se.