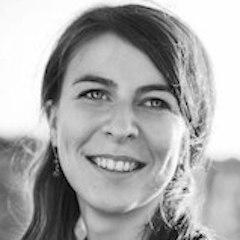 How Web Programming is More Than a Server and Some Clients

How Web Programming is More Than a Server and Some Clients

Web programmers are forced to select technologies for each tier of a web application: client, server and database tier. Most often these technologies do not align well and it is up to the programmer to glue them together. Tierless programming aims to reduce this complexity by allowing the programmer to use a single language for the different tiers. Tierless languages introduce a new web specific language, while tools and frameworks allow tierless programming in an existing general-purpose language. We show how the tool approach enables developers to write web applications in JavaScript as if it is a desktop-like application. In this talk we give an overview of the different tierless approaches, introduce our tool approach, Stip.js, and show how it allows developers to focus on non-functional concerns such as offline availability.

Laure is a PhD student at the Software Languages Lab, Brussels, Belgium. She received her master’s degree in Computer Science in 2012, specialising in software languages and distributed systems.Currently Laure's main research area is web programming and more concretely tierless programming. The first fruits of this research is Stip.js, a tier-splitting tool for tierless JavaScript code. Laure loves playing around with micro-controllers and teaching Scheme to bachelor students.