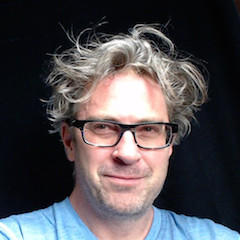 The field of Artificial Intelligence has made amazing strides over the last few years. The driving force behind its success is Deep Learning, an approach to machines intelligence that uses complex multi-layer neural networks.

By the end of the workshop you will have participated in a complete workflow of deep learning and have a basic understanding of how the process can be used to build applications.

Prerequisites:
This is an introduction to deep learning using TensorFlow. You should install TensorFlow and Guild AI on your laptop in preparation for the workshop.

Some experience with Python will let you to dive deeper into the TensorFlow code but is not strictly required.

Garrett was a software engineer at CloudBees and is responsible for building scalable, er, that is, awesome software! At CloudBees Garrett led the development of the RUN platform-as-a-service that provided reliable, performant application hosting to tens of thousands of customers, which in turn served tens of millions of end-users!

Garrett's weapon of choice for the development of awesome software is Erlang - a highly concurrent functional programming language that use used by companies like Facebook, WhatsApp and Machine Zone to build the world's largest messaging systems. Garrett is an international speaker and instructor. He organizes the Chicago Erlang User Group which sponsors Chicago Erlang - an annual Erlang conference in the heart of the US. He is the author of several Erlang projects including e2, Psycho, and LambdaPad. He is the creator of the satirical videos MongoDB Is Web Scale, Node.js Is Bad Ass Rock Star Tech, and Erlang The Movie II, The Sequel.

Garrett maintains his blog at http://gar1t.com.