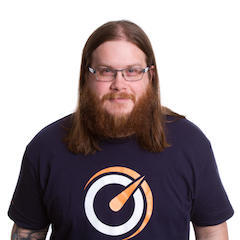 This workshop will introduce experienced application developers to the reactive Akka toolkit and runtime, as well as the methodologies which enable creating real world actor-based systems in Scala and the JVM. During this workshop we will build a simple Akka application, and learn more about the Actor Model in Akka and how to scale using the toolkit’s features for event driven and resilient systems.

AWS Lambda is an interesting emerging platform for "serverless" programming. Entirely event driven, it provides an easy model to handle both ‘built-in’ Amazon events – such as DynamoDB & S3 Bucket changes, and HTTP calls through services such as Amazon's API Gateway... as well as custom events. Being “serverless”, Lambda allows us to drop in simple JVM code via assembly JAR that responds through an event loop, minimizing execution costs and eliminating the need to setup and maintain dedicated server instances.
quaich (pronounced ‘quake’) is a Scala microframework, inspired by the Python based chalice released by Amazon recently. The concept is simple, single file applications that can receive and handle the JSON events pushed by the Lambda system. Through clever tricks with macros, etc. we provide an easy model for defining your routes files and even parsing custom variables.

Brendan McAdams works as a Senior Consultant & Trainer for Lightbend (formerly Typesafe), helping support and enable customers with the Reactive Platform (Scala, Akka, Play, Spark, and Lagom). In the past, Brendan has worked at Netflix building APIs, worked on a series of financial trading platforms, and was an early employee of MongoDB.

While at MongoDB, he created the integration drivers between MongoDB and Scala, as well as MongoDB and Hadoop. Brendan was also an early contributor to the Akka project, with one of the earliest Akka production deployments under his belt.